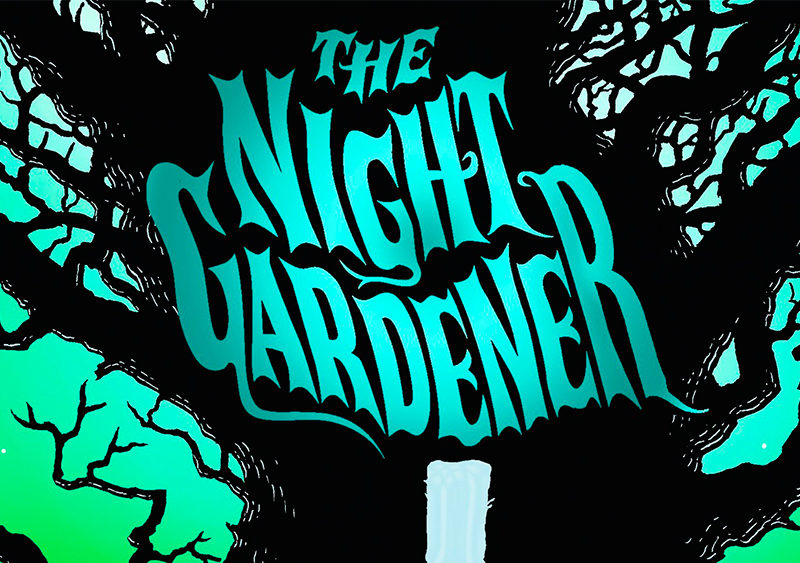 “A gust of wind howled overhead. Kip looked up and saw leaves and loose dirt blowing into the hole, piling up around his feet. He tried to pull himself out of the hole, but a strong gust knocked him backward. Dirt and leaves poured down over his body, burying him. “Help!” Kip shouted, but he knew no one could hear him. Molly and the family were inside the house. Even Galileo was gone. More and more tiny roots came out of the soil, grasping at his legs, his arms, his neck.
Kip screamed again, straining against the roots, His voice came back to him, muffled and small. He could barely move beneath the weight of dirt and leaves – a rustling choking darkness.”

The Night Gardener by Jonathon Auxier is a wonderfully spooky read. Two Irish orphans in the mid 1800s wrangle jobs as domestics in an eerie and isolated home on an island surrounded by a river. The large decaying house is dwarfed by a spooky old tree that has grown through the walls and gives nightmares to Molly and her crippled brother Kip. A mystery surrounds the house, the tree, and the unhappy family that the children are serving.

Our heroine is an unrepentant storyteller, and for her it is a survival skill in a country with no use for the Irish children, or for crippled little brothers. It is a great read. It explores the nature of greed, the importance of courage and tenacity, and the usefulness of a good story. It had me engaged throughout. Disney optioned the book for a film in 2015, so it possibly may make it to the screen. If you are up for a gothic tale set in the foggy English countryside, this is one will cause you to never look at a tree in the same way ever again.

The Girl Who Circumnavigated Fairyland in a Ship of her Own Making by Catherynne M. Valente

I’ll be performing I’m A Mouse at the Glendale Out gallery closing this Saturday night.
Comments are closed.